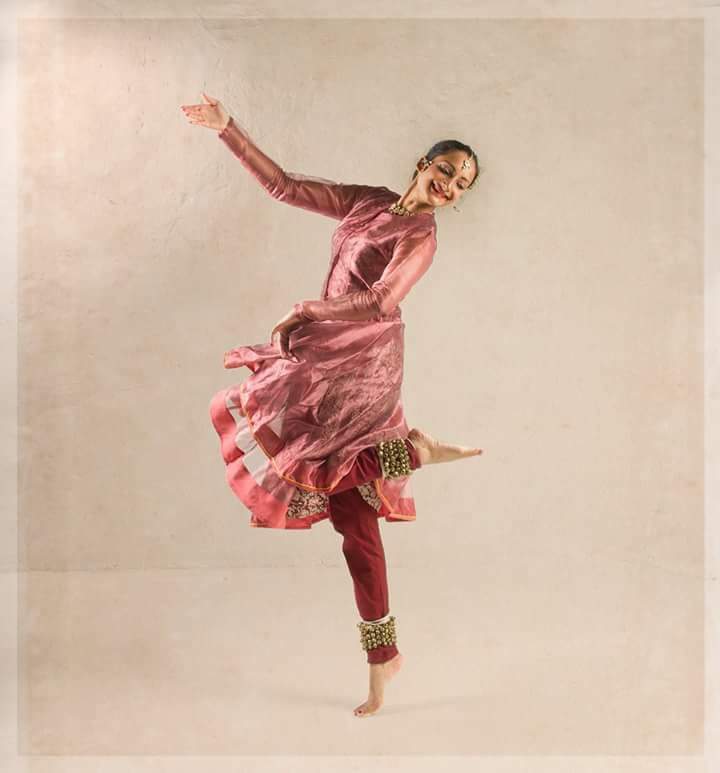 Parbati Chaudhury is a full-time dance artist based in London. She teaches Kathak class at Siobhan Davies Dance Studios, for Pagrav Dance Company and Srishti. Parbati is also a ensemble member in Ascension and Bells, produced by Akademi. In 2017 Parabati was awarded a Choreography Commission by Akademi to create and present a solo work.

In the summer after completing her degree in 2012, she was selected as one of three young dancers (alongside Iris Chan and Kavya Kaushik) to join the cast of Bells, London South Asian dance school Akademi’s renowned outdoor spectacle. She also started assisting Urja Desai Thakore (her Kathak tutor) in her Kathak classes.

Having enjoyed both the rehearsal and production process of Bells and her initial teaching experiences with Urja, she communicated to Akademi that I wanted to be considered for both performance and education and community work.

She has since been involved in various initiatives such as the peer mentoring at Chelsea & Westminster Performance and Patient Engagement Programme, workshop leading for the Camden Schools Dance Festival (2014 & 2016), Sportivate (June-July 2014) and Spotlight (October-December 2014).

She was selected for the R&D stage of Urja’s Pagrav Dance Company production, Detox, which went on to being presented as part of Akademi’s CHOREOGATA in February 2014. In April 2014, she was selected as Akademi’s 2014 NAVODIT, alongside Odissi dancer, Natalie Rout. NAVODIT is an enriching programme for emerging dancers from across the UK, encouraging upcoming South Asian artists to showcase bold and adventurous takes on the grass root styles of classical Indian dance. The accreditation and documentation of this performance has secured many subsequent performance opportunities since.