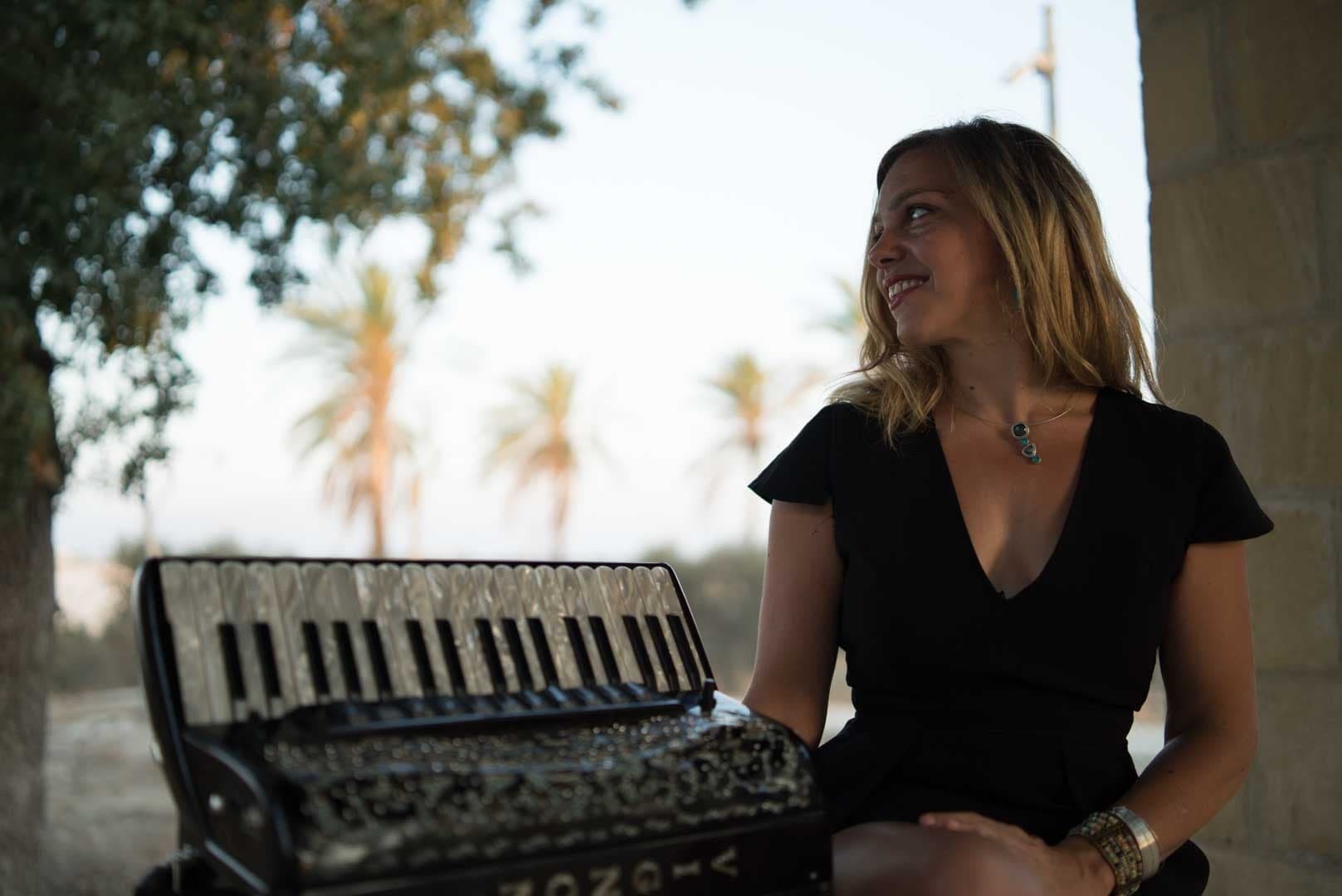 Faith Elliott studied classical piano from a young age, as well as the organ, violin, recorder, percussion, music theory and composition. She studied ‘Ethnomusicology’ at the School of Oriental and African Studies in London, specialising in Cuban piano and percussion (which she studied in Havana) as well as the music of Eastern Europe, Tabla, Korean percussion, Mbira and Gamelan. In 2009 she worked as MD for ‘Giffords Circus’, composing an original Balkan inspired soundtrack and creating a one-man band act. She created radio shorts with BBC Oxford – documenting one man bands and the music of Eastern Europe – before travelling to Serbia with the assistance of the Winston Churchill Fund to study the Roma accordion styles of Central Serbia and to collect sound clips. After an intensive six-month period of study she travelled to Australia to perform with Orchestra Del Sol and returned to work as MD and performer for ‘The Garden of Dreams’ at Live Theatre, Newcastle. In 2012 she returned to Serbia to implement an Arts Council Overseas Development Grant funded compositional project with Roma musicians and was based in Serbia for the next few years, appearing regularly on documentaries and cultural programmes. She worked as ‘comedy musical director’ for Giffords Circus, designing and creating original instruments and comedy sketches with Barry Grantham. In 2013 she sourced Serbian Roma musicians to work with Giffords Circus and created an ‘East meets West’ soundtrack with Director Cal McCrystal. With Roma violinist Branko Ristic and ‘Lolo Lovina’ she toured Australia in 2014 before co-composing and recording the album ‘Gypsy Lover’ with Branko Ristic, produced by Nicholas Hooper/ Emir Kusturica. This was released with World Music Network and placed in the top ten European World Music albums. Awarded an Arts Council grant, ‘Faith i Branko’ toured the UK and Europe in 2016 before working with Lee Lyford and Gwyneth Herbert on the Bristol Old Vic show ‘The Snow Queen’ – combining electro-soundscapes with Roma music. Faith booked, tour managed and performed the ‘Faith i Branko’ Australia/NZ Tour in 2018 and is currently recording her second album, sponsored by PRS ‘Women Make Music’. Throughout this she has taught music to all ages and values inspiring students with her personal experiences.