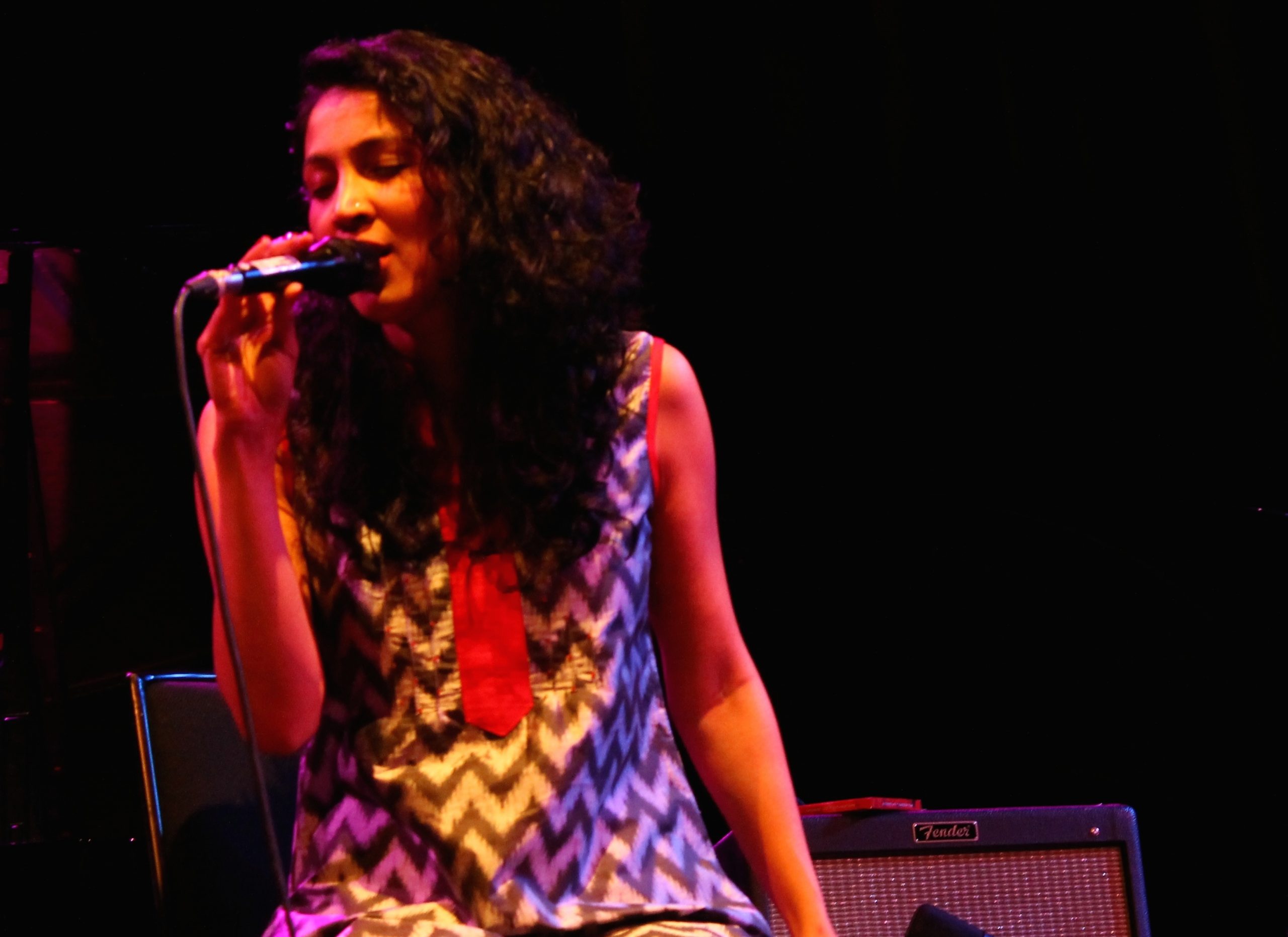 Sohini Alam is a British Bangladeshi vocalist whose musical repertoire includes folk, modern, and traditional Bengali songs. She also composes and has branched out into multi-lingual music in bands, dance, film, and theatre. Sohini is lead vocalist for the critically acclaimed bands Khiyo and Lokkhi Terra. She is Musical Director of the arts company Komola Collective and of the multiple award-winning documentary Rising Silence. A third generation vocalist, Sohini has performed at Ronnie Scott’s Jazz Club and WOMAD. She is part of the international female collaboration GRRRL and provided vocals for dancer/choreographer Akram Khan’s DESH and Until the Lions.